In early August 2020, Apple announced an important update as part of the release of iOS 14 and watchOS 7. At the time, Apple indicated that it will enable MAC randomization by default in devices using its new OS.

The update initially meant that devices with MAC randomization enabled will present a different MAC address to WiFi networks, thus curbing the ability of SSIDs to “remember” devices. This meant that networks would need to re-authenticate devices that try to connect every 24 hours, thus preventing SSIDs to track and profile users over time.

Unsurprisingly, this caused shockwaves across the WiFi community, and Apple likely received pressure from industry players to change its position.

In mid-August, Apple seemed to backpedal on its original announcement. Rather than randomizing the MAC address every 24 hours, the latest update states that devices will use a different MAC address for each WiFi network. The MAC address will not change if the device is logging into a network to which it connected previously, so SSIDs will be able to “remember” a guest when they log back in.

To make things even more interesting, in September, Apple announced that it would delay a new privacy rule affecting developers that are using a device’s unique identifier. Apple’s rule requires developers to ask guests permission to gather data and track them on across mobile apps and websites. The feature was originally slated to be released in the fall, but Apple pushed the update to early next year.

There’s clearly a lot happening in the realm of WiFi and privacy. That’s why this post will explore Apple’s privacy updates and what companies can do to ensure that they’re able to continue offering frictionless WiFi services to their guests.

To understand MAC randomization, let’s back up a bit and quickly talk about what a MAC address is. Short for media access control, the MAC address is a unique identifier that’s assigned to every device that connects to a WiFi network.

Having a static MAC address resulted in many networks leveraging it for a variety of purposes.

Some companies have used the static MAC address to make the WiFi experience more convenient for guests. Guests who have previously connected to a location’s network won’t have to re-enter their login credentials the next time they sign in, as they are automatically authenticated based on their device’s static MAC address.

Other companies have used the static MAC address to gain real-time behavioral insights and deliver perfectly-tailored communications at the right moment. For example, loyal shoppers could receive a welcome back text message including a tailored special offer at their arrival at the store.

All in all, a static MAC address made it easy for companies with physical locations to market and get to know their guests, which is why WiFi has grown to be a critical part of modern marketing.

But as convenient as it is to have a static MAC address, there is a growing concern among guests who value their privacy.
Research from Salesforce found that 46% of customers feel that they don’t have control over their own data, and Pew Research found that 72% of shoppers feel that “almost all or most of what they do online or while using their cellphone is being tracked by advertisers, technology firms or other companies.”

Privacy is clearly a concern for guests, and Apple is doing something about it. As the company notes on its website:

To connect to a Wi-Fi network, a device needs to use a media access control (MAC) address which is a unique network address to identify itself to the network. If the device is constantly using the same Wi-Fi MAC address throughout every network, network operators and other network observers can relate that address to the device’s network location and activity over time much more easily. This enables a form of user profiling or tracking which applies to all devices connected to Wi-Fi networks.

To minimize this privacy risk, iPadOS 14, iOS 14 and watchOS 7 utilize a unique MAC address for every Wi-Fi network. Thisdifferent static MAC address is the private Wi-Fi address of your device only for that network.

The bad news? Companies that have multiple locations or multiple brands, and use a specific SSID per location or per brand may run into several issues because a guest’s device will generate a new MAC address for every SSID. For instance, if a company runs several stores that operate under different names, not having a static MAC address would make it difficult for the conglomerates’ brands to offer a smooth and overall guest WiFi experience — even if they’re all owned by the same company.

No chance to recognize returning guests across various locations. Since a new MAC address is created for each new SSID, the location’s WiFi network won’t be able to recognize a returning guest even if they’ve been to the company’s other locations in the past or have shopped the brands that are owned by the same company.

Inability to gain location-based insights across multiple locations. Companies won’t have the ability to build a history of guest activity across various locations and brands — owned by the same company—  so they will no longer be able to build an entire brand journey using their MAC address.

No tailored communications. Connecting with guests based on their previous activities in multiple locations or across multiple brands — owned by the same company— won’t be possible anymore.

Even if there was a push back from Apple, the direction in which the industry is heading is clear. It’s time to protect privacy and, at the same time, redesign the guest WiFi experience in the most seamless way.

Cloud4Wi has been taking steps to enable companies to power their guest WiFi, while respecting privacy at the same time.

Cloud4Wi offers several excellent alternatives companies can use to continue offering a seamless guest WiFi experience while collecting personal data, respecting their privacy, and adding value at the same time. The best guest WiFi solution depends on the business, their specific location, and their objectives.

Request a demo with Cloud4Wi today to learn how you can empower your guest WiFi experience and turn guest WiFi into a key asset that generates value for the business.

The clear benefits of Passpoint WiFi for enterprises 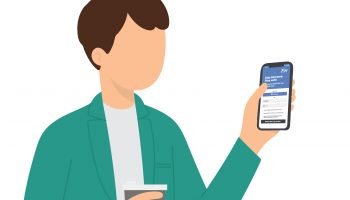 The importance of the captive portal for marketers 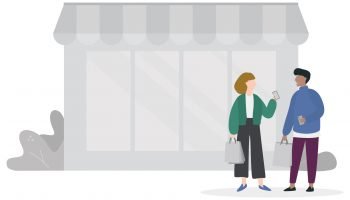 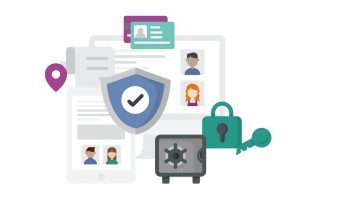 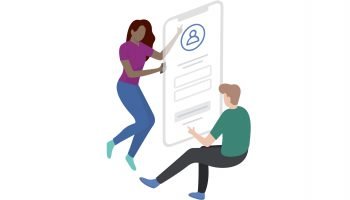 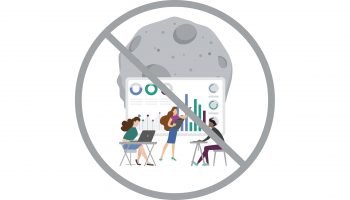 Ready to unlock the power of your location-based customer data?